Members appointed to the Maldives Broadcasting Commission are as follows: 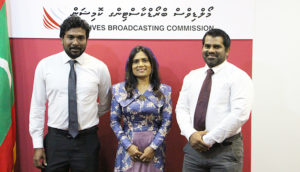 President Solih presented their Letters of Appointment at a ceremony held at the President’s Office this morning.

The new members were selected through an interview process and voting by People’s Majlis.